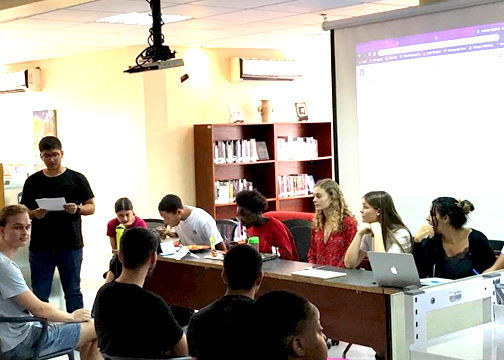 This gender debate was part of Martina Marino and Rebekka Udsholt's
pre-engagement activity, which is part of the IB Global Politics course
and aims to encourage students to work independently to promote
and effect issues that impact their community at many different levels. 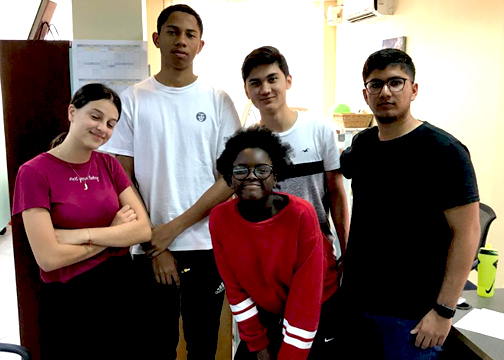 For this reason, we chose to focus on the issue of gender equality, which
is something that is felt on all of our skins and across many communities.
In order to raise awareness, promote gender equality and make advocation
part of every student's daily life we decided to organize a live lunchtime
debate were students debated over the question of "In choosing to
advance gender equality or income equality which should be favored?" 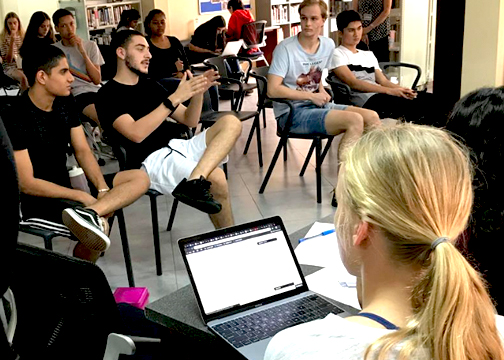 This is a question that pushed students, and the audience to reason on
the hierarchy of equality and the importance of gender equality in
different scenarios. There will also be an upcoming debate presented to the
eighth graders amongst high-schoolers where audience participation
and involvement will be valued, however, it is still in the planning progress. 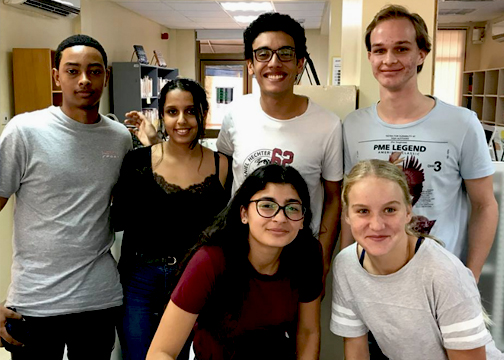 Overall the debate went really well, we had debaters who were engaged
and informed about the topic, and interested audience that had a lot
to say about strengths and improvements to the program. We definitely
believe that the highlight was the information and thought-provoking
ideas that it brought across. There are improvements coming to
the next debate and encourage all students, staff, and parents interested
to be present.