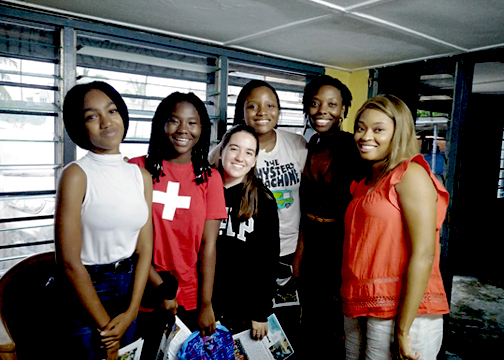 A team of enterprising MS girls decided to take up a challenge that instead
of benefiting themselves would help others. There is a center in Osu that
caters to the needs of Street children. It is called by a very enlightening name
Kinder Paradise. Over there it's like a safe house where these children can seek
refuge from their daily grind. Although the center does not have boarding
facilities, it welcomes them with free meals, washroom facilities and avenues
to acquire basic education as well as vocational skills training. Daily average
attendance is between 13 to 30 kids aged from 5 to 17 years. Interestingly
most are boys. These kids have experienced violence, drugs, abuse, disease,
gambling, sexual molestation, theft and what have you. 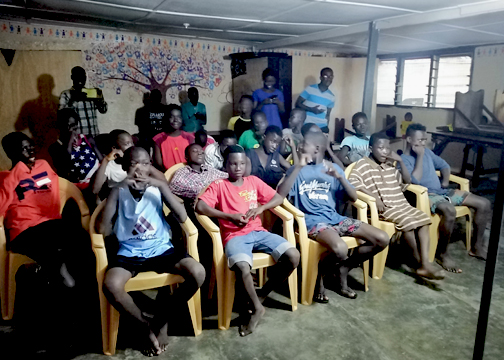 So out of curiosity and empathy the girls decided to help address a need the
Center has been facing: providing school supplies.They raised 810 cedis from
candy gram sales and purchased exercise books, pens, color pencils, rulers,
note books, erasers, crayons, sharpeners including 2 soccer balls. This
Wednesday May 29, after driving through a heavy rainstorm, the leader
Geselle with Chidera, Obaa Yaa and Maiya supported by teachers Ms. Zorica,
Ms. Sonovia and Mr Boateng made a presentation at the center. The social
worker Ms Mabel with her four other colleagues took us through the center's
way of life. The kids were thrilled especially with the balls. 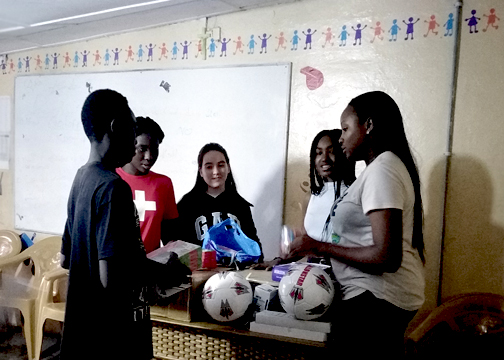 We had a lively chit-chat and banter as the young people sharing hopes and
dreams.We came back to school a bit late after navigating impossible traffic
jams. Nevertheless we ended in high spirits for a job well done. 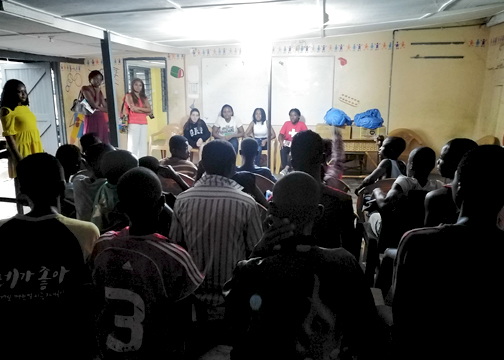 Summary/ Highlights/ Quotes
I am participating in service learning, positivity day. And my group and I (which
consist of Suhani Midha, Chidera Enendu, ObaaYaa Boakye and Maiya Smith)
have decided to sell candy grams which means we are selling a card that
comes with candy for 2 cedis for our middle school students and we estimated
that we might make 100-200 cedis since there are over 170 students in
middle school.I thought that Kinder Paradise would be a good idea because
with the number of people in our school we are capable of paying back toward
more than one charity.