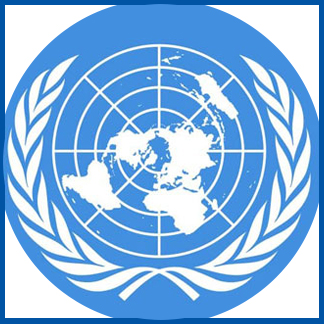 For long, the Model United Nations has been a core part of the LCS community.
With one of the highest quantities of student members, it is a staple activity.
Subsequently, MUN conferences, both abroad and at home, have been events
that students look forward to and celebrate.

The annual JOMUN (Johannesburg MUN) conference, for one, is an event that
the Lincoln MUN team has consistently participated in for a few years now.
Similar to the esteemed WAISAL and Mathcounts competitions, there is always
a sense of excitement and anticipation in the days leading up to the event.
The airplane ride to and from Jo'burg, the nights spent at the hotel, getting
to know a host family, creating new bonds with students from all over the
continent, seeing a new school, and the mere fact that your friends are
alongside you throughout the journey, are all things to look forward to.

However, things took a turn this year. With the halt of international travel,
JOMUN executives had to make the tough decision to move the event onto a
digital platform. The excitement that would've been felt at the airport tunnels
were replaced with nonchalance of opening the zoom app. The excitement of
creating long-lasting friendships with other students was replaced with merely
seeing their faces in a rectangle, on a computer screen. Now, it may sound that
all vigor was drained from the event, but that was not that case. The JOMUN
conference was nothing short of spectacular. Not was it only meticoulously
organised with strict procedure and timelines set in place, it allowed for students
to actually have fun! LCS students were able to connect with their delegate
counterparts on Zoom breakout rooms and via social media. Activities such
as the 'confession box' were engaging for students and added a spice element
to the conference. Not all was fun and games, though. When it came to debate,
LCS delegates exhibited their proficiency and performed to the highest level.
Five delegates ended up bringing a best delegate award!

Overall, JOMUN enabled our LCS delegates to receive an unforgettable
experience despite it being much different than previous years. The MUN
club is extremely proud of every single participant. 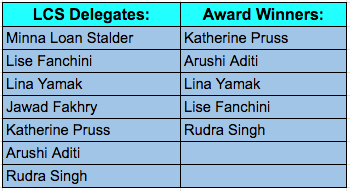 Hi, I am Hala Jebeile. I am in 11th grade this year. I am currently the
Publicity and Public Relations Manager in the secretariat for MUN. This is
my third year participating in MUN. I joined MUN fresh as a ninth-grader
with a bunch of friends to see what it was like. I was very hesitant, to begin
with, and did not want to participate in any meetings. Soon some of my
friends who had joined had dropped the club. The experience became even
scarier during the mock debates. However, meeting after meeting, practice
after practice, I began to love the club and the essence of it.

Each week was a new experience and a new learning opportunity. We did not
learn just about what MUN was and how it works, but we also learned about
several important world issues that were not only pressing but also very
current. Being aware of what is going on in the world is crucial. It is not only
important to read the news and understand the basics but to also dive deeper
into the perspectives of different countries and how that matters.

Being in MUN for the past two years has taught me how to be more confident
when I speak, how to research efficiently and effectively, and most importantly
it has taught me the importance of perspectives. I have been successful in
using the skills that I have acquired in model united nations in all of my classes.
MUN is a club that pushes students to be able to think on the spot, be more
aware and more confident; these are skills all students should have. One MUN
conference could have a great impact on anyone who decides to take on that
challenge.