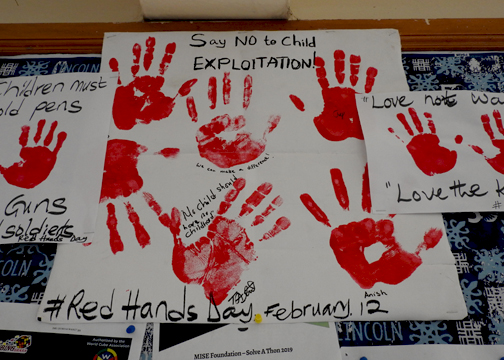 This year's Red Hand Day was marked in LCS on February 12, which is officially
designated as International Red Hand Day. This is a day set aside to commemorate
the fight against the use of Child Soldiers in the world. 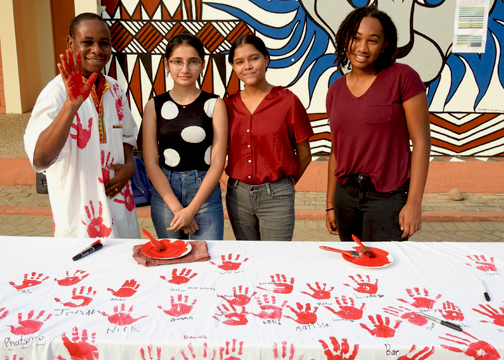 Annually, the Red Hand Day group of the Human Rights Club takes up the
challenge to create some awareness about child exploitation in general, with
emphasis on child labor and child soldiers. The decision to raise awareness
about the over 300,000 children who are involved in fighting wars across the
globe proved to be a worthwhile learning experience for the entire Red Hand Day team. 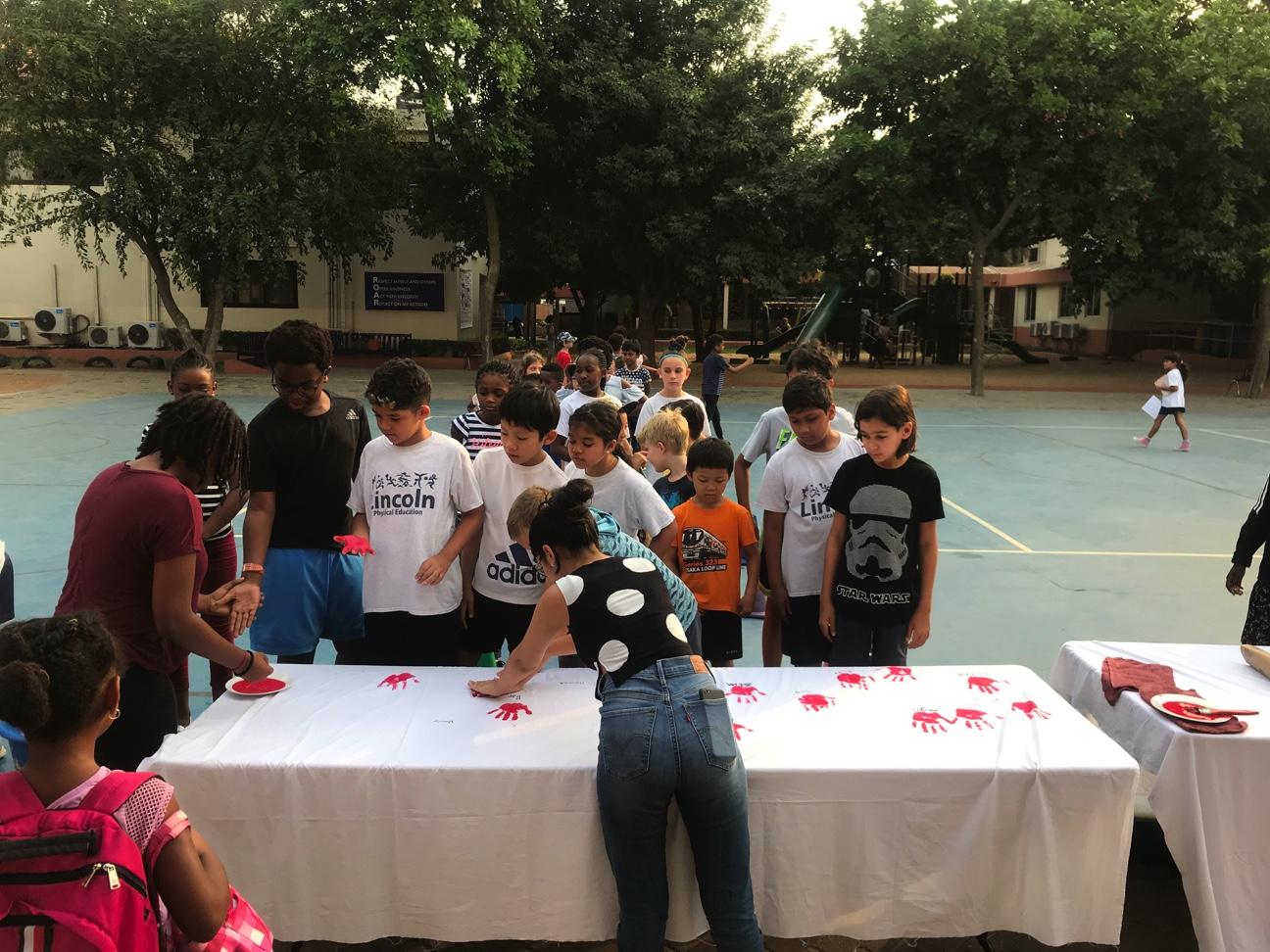 The process commenced with a series of planning sessions to outline objectives for the
year, research facts and go over actions to be taken to achieve the desired results. Our
research revealed that the United Nations forbids the participation of children in wars. It
was worth noting that, two-thirds of countries in the world have ratified the treaty banning
the use of child soldiers. Despite this bold step, children are still fighting wars in at least
twenty countries around the world. It was also revealing to note that both boys and girls
are forced to do cruel things such as being spies or sex objects for the combatants. 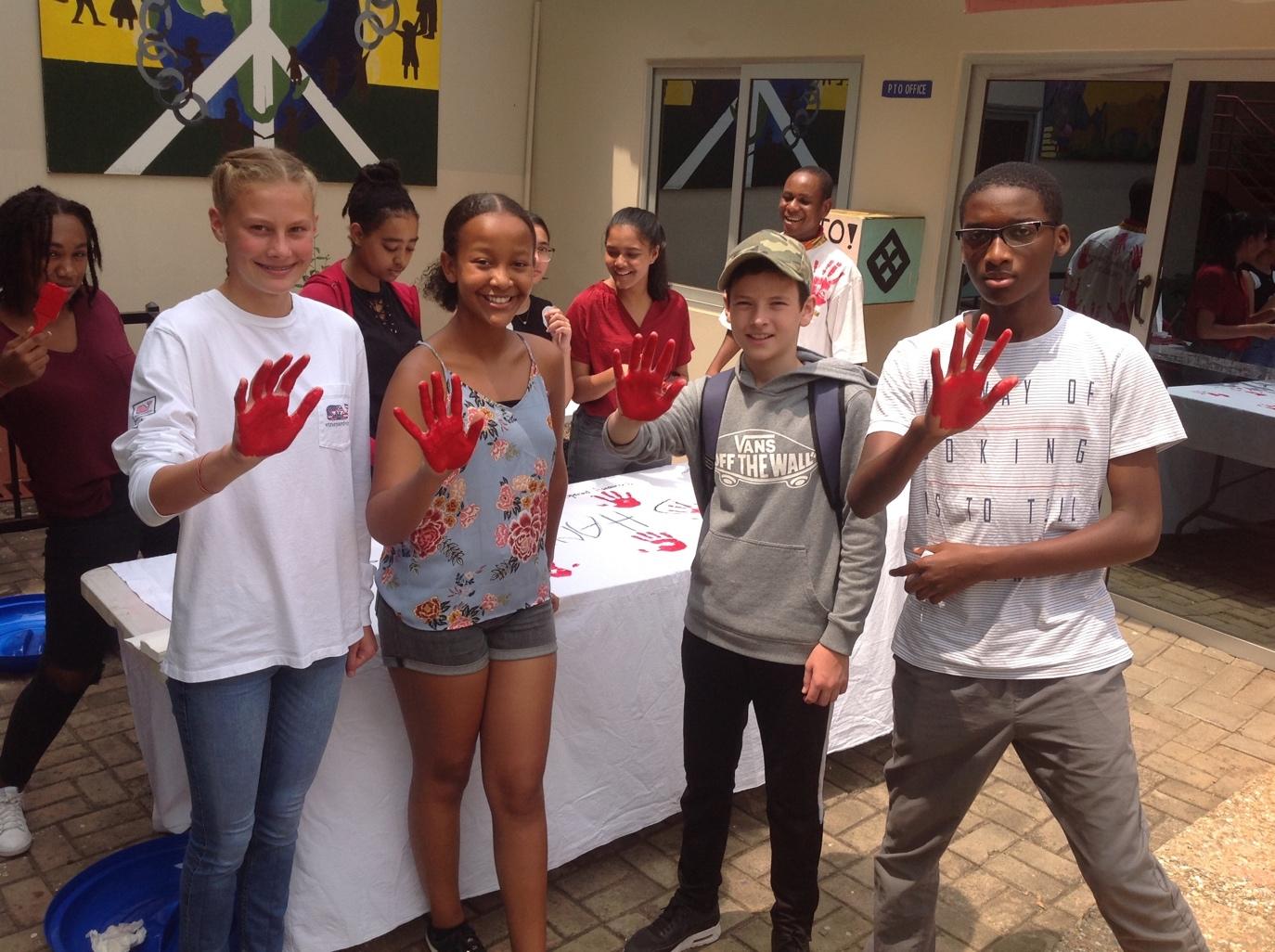 Having been confronted with the startling statistics about child exploitation, the team
decided it was time to take action. Taking a cue from students' campaign in 2009, where
students around the world called the world to action against child soldiers, the HRC
decided to replicate this by preparing fact sheets on child labor/soldiers. The team also
planned to collect at least 200 "red hands" from people in LCS, as a pledge to take some
action, to end child exploitation, no matter how small.

Prior to February 12,the Red Hand Day crew put up fact sheets on campus as part of the
awareness campaign. On the D day, the crew set tables in the Elementary and High School
area to collect "red hands" from volunteers. Participants showed their support to the
course by painting their hands in red and putting them on a white quilt. Accompanying
this was the signatures and profound statements from volunteers. 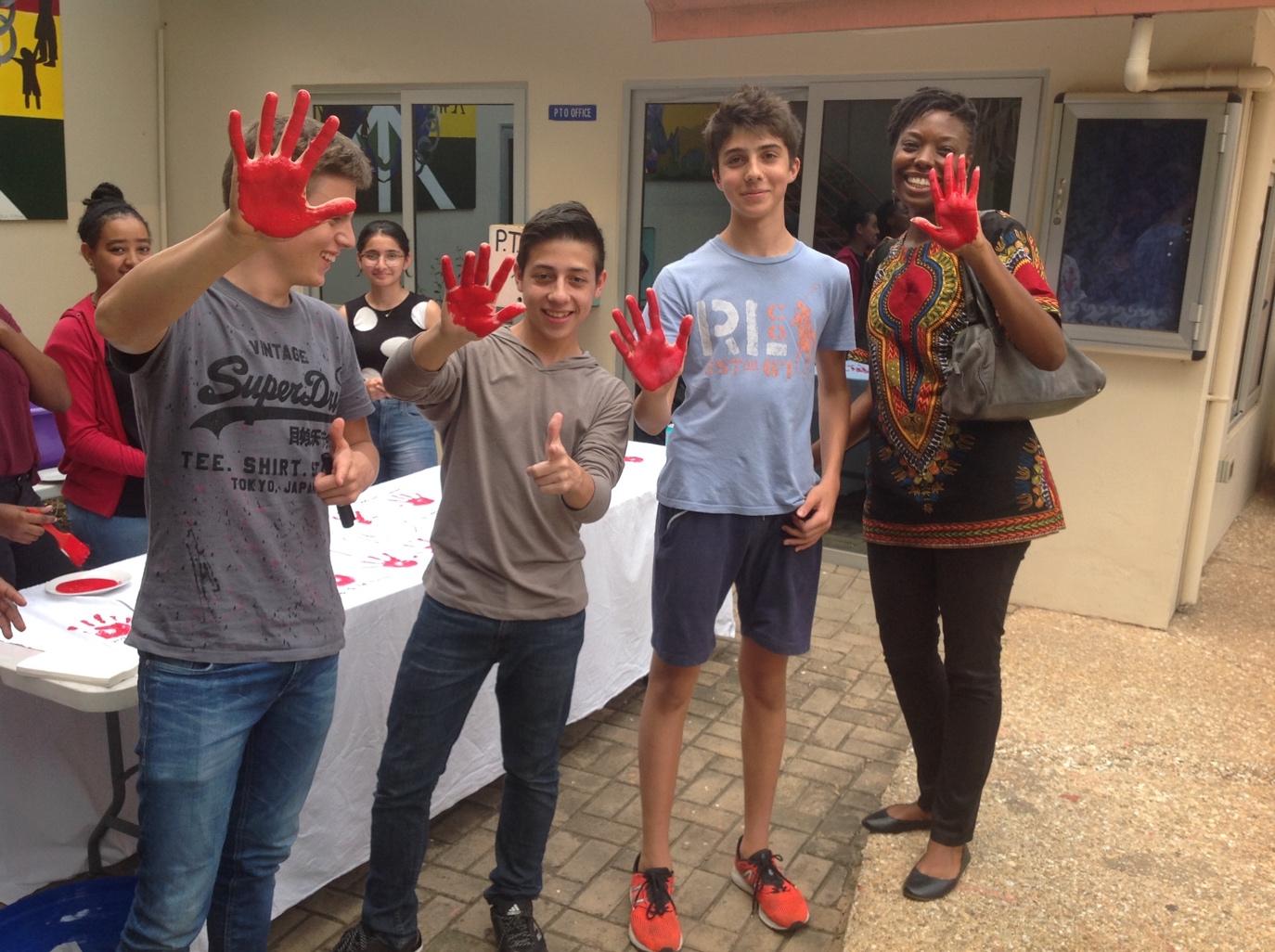 Leading this task helped our team practice many skills and put the IB learner profile attributes to use.