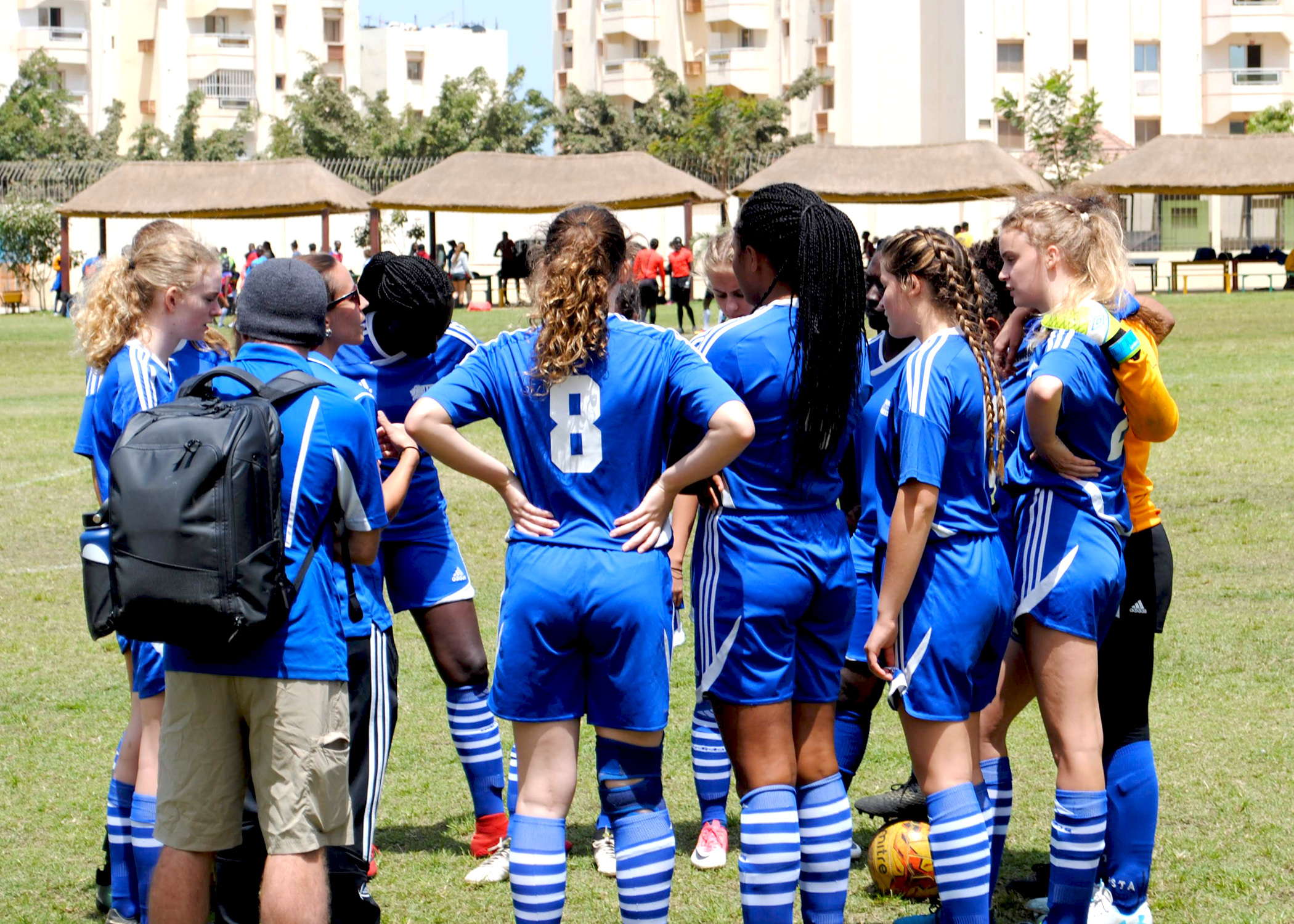 6 weeks of hard, dedicated, and fun work culminated in the WAISAL football
tournament in Dakar, Senegal from April 3rd to 7th. This year saw the highest
number of girls in recent years for the first week of tryouts and allowed the
formation of 3 separate teams, two of which were lucky enough to participate
in both Invitationals at LCS and WAISAL. 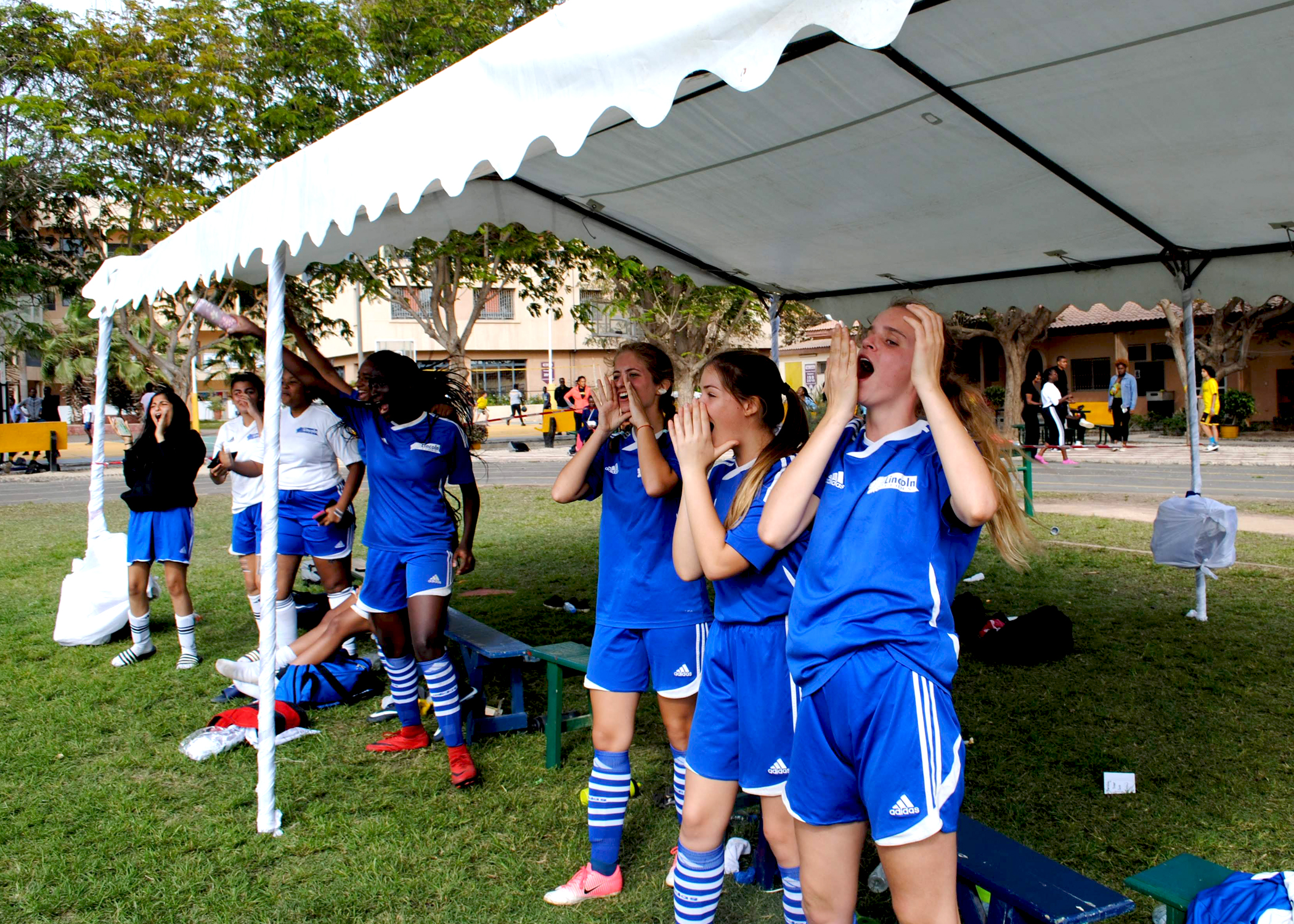 An encouraging, friendly, and highly supportive team spirit contributed to
individual players immense skill and character development and the overall
success of both teams. Our three committed coaches, Coach LaBaw, Coach
Coleman, and Coach Kwame, were essential in developing this team unity,
building upon our pre-existing abilities, and identifying our areas for
improvement. 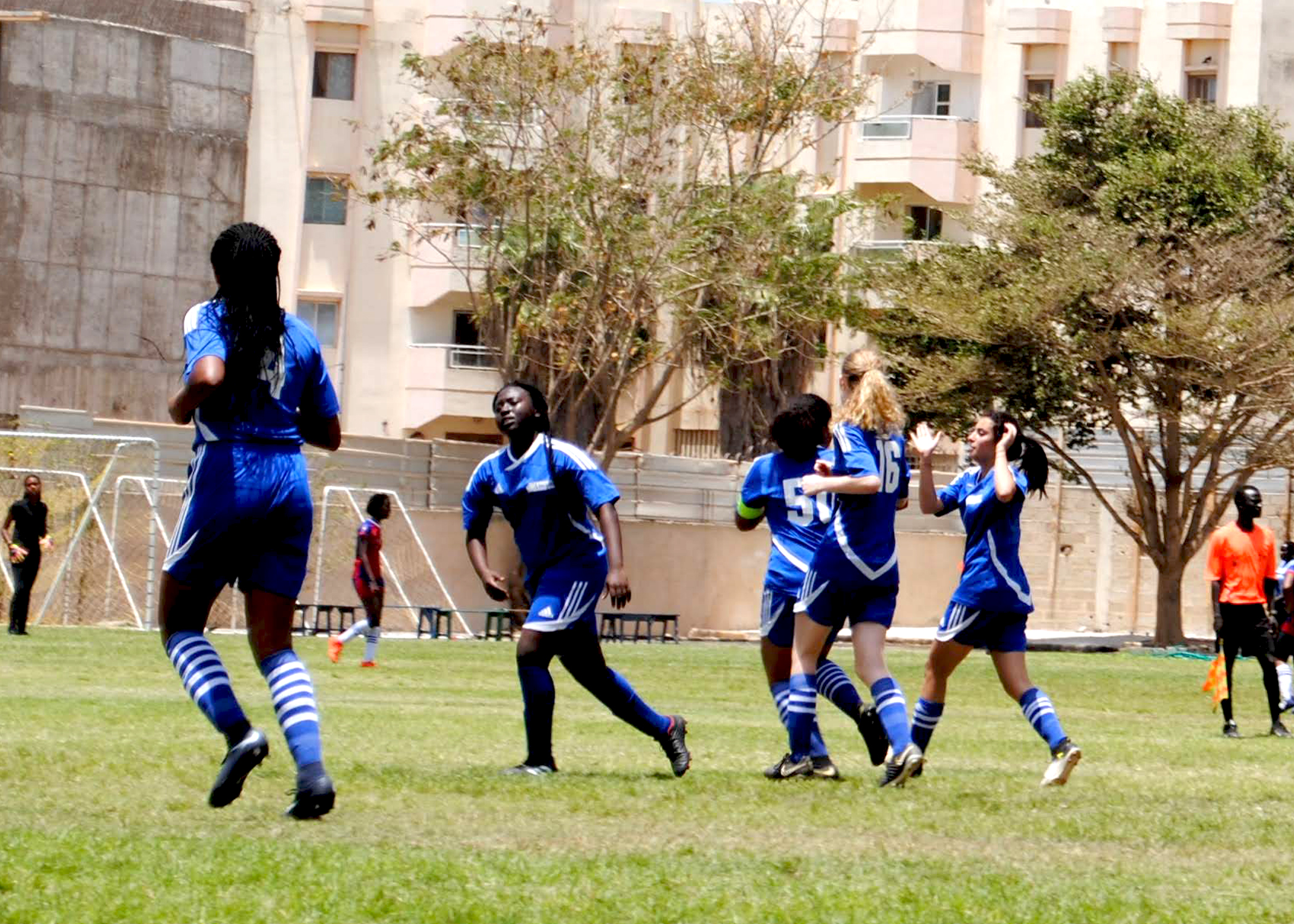 At WAISAL, we benefited from a targeted effort towards excellent physical
fitness which prevented serious injuries and proved extremely valuable in
high stake matches where it allowed us all to perform at our best regardless
of the number of matches played in a day. Overall, WAISAL was a great
experience for the 24 girls travelling and further strengthened our relationship
with each other as well as students from other WAISAL schools. The JV and
Varsity teams both did well in their respective pools with JV coming 2nd in
their pool but, unfortunately, had to play each other in the quarter finals. In
the end, Varsity girls earned a hard-fought and proud 3rd place of the 10
teams in the tournament. 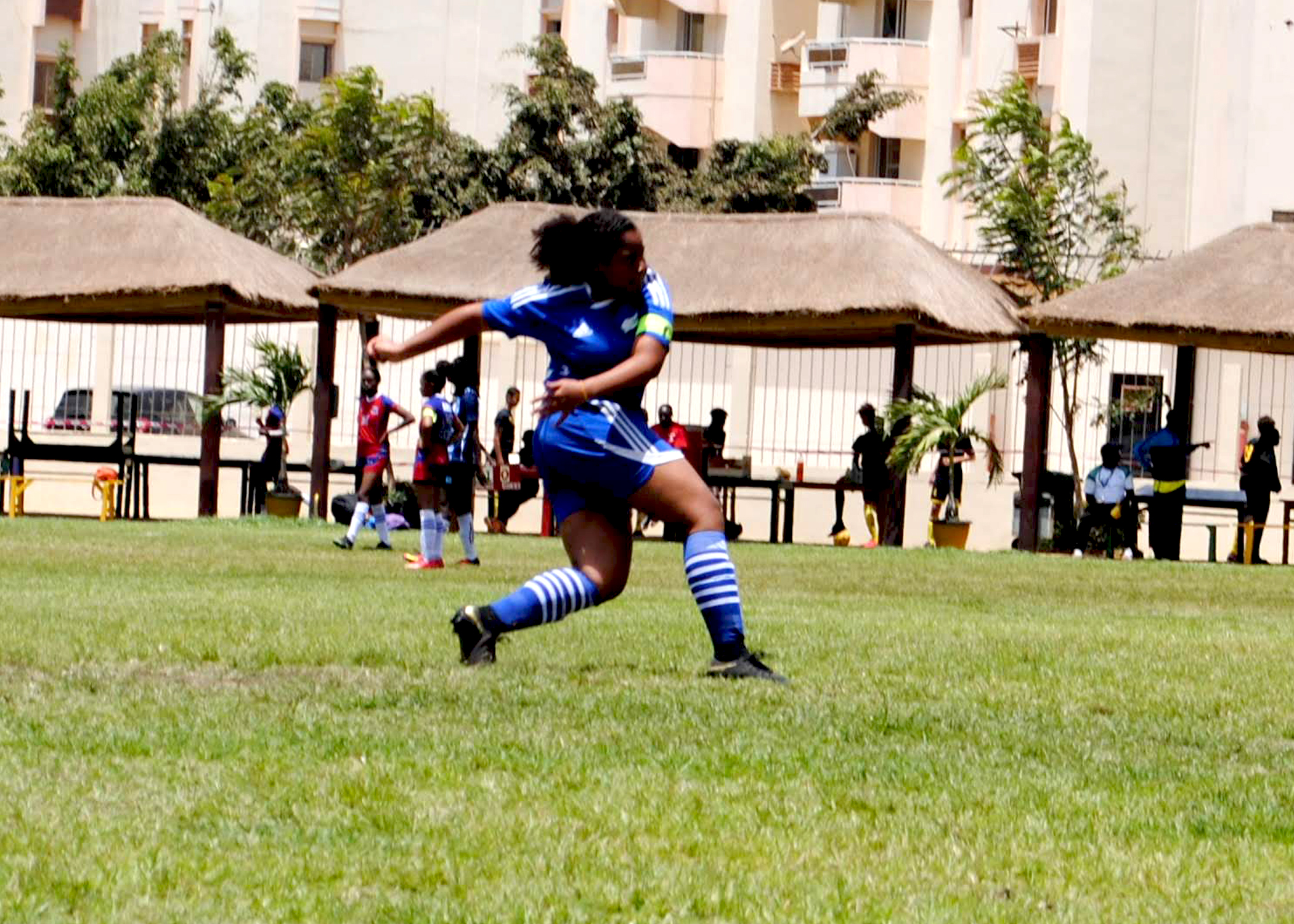 Returning players can now look forward to the 2020 season knowing that a
strong foundation has been laid this year, particularly with regards to our
remarkable JV team and especially thanks to our amazing coaches and
departing seniors. 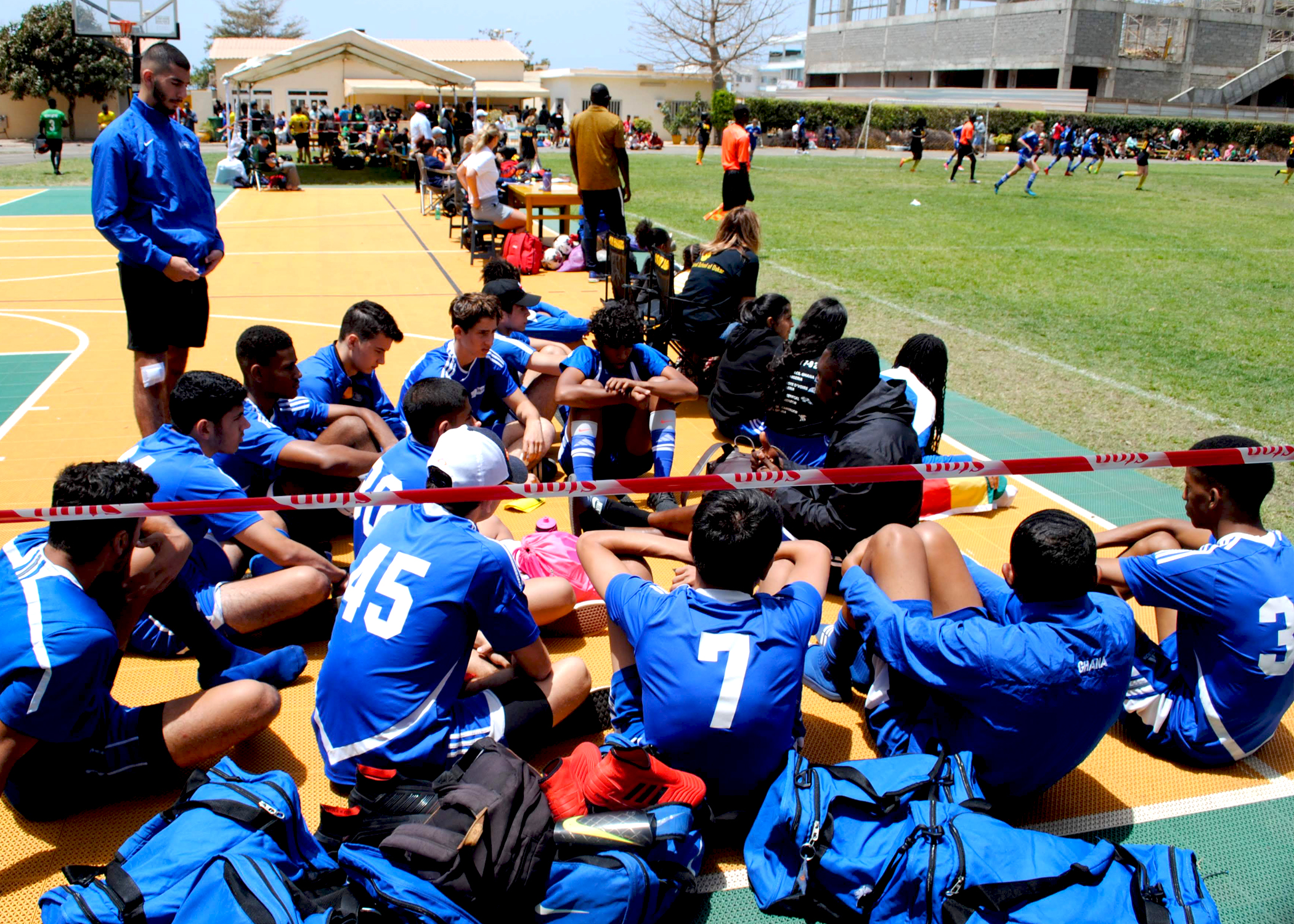 The experience of participating in WAISAL is always exciting, however, this
one was different from any other, as it was the biggest WAISAL ever. The
variety of different schools that participated in the tournament was staggering
and made it all the more electrifying. Therefore, coming into the tournament
as the defending champions, we knew we were the team to beat.

One of the main advantages of being in WAISAL is meeting new people. Getting
the chance to make friends from Dakar, Abuja, Lagos, and many other African
cities is what being an international student is all about. Thus, even though it
is a competitive sport it is also a great way to socialize and make new friends. 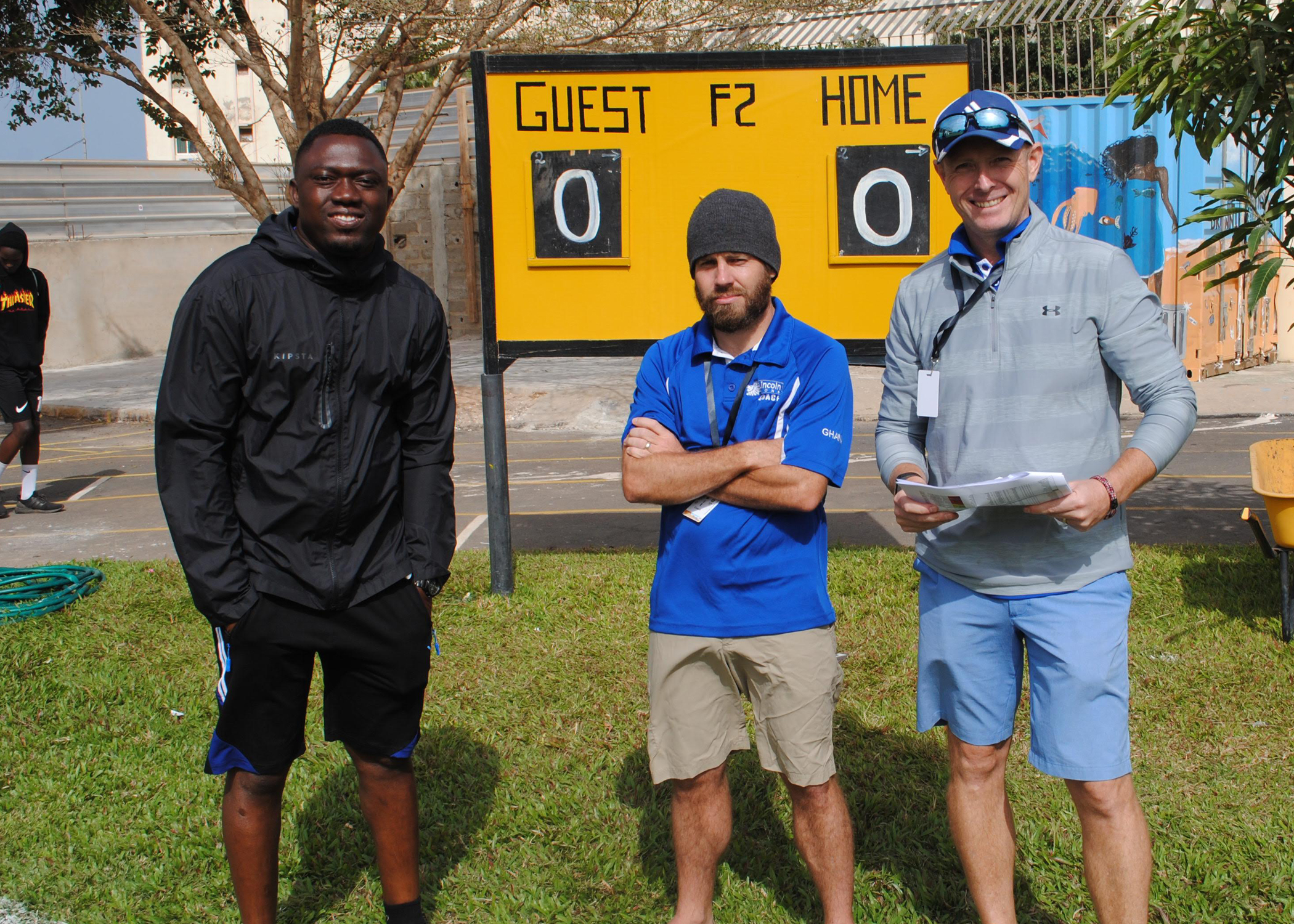 Not a lot of teams have won WAISAL twice in a row, so being able to make
history and win such a competitive and big WAISAL such as this one, was
thrilling. This experience will surely be one of the highlights of our high
school experience since this trip was not only just about a team traveling
to play football. This trip was about a team representing a whole school,
led by an outstanding coach and a group of determined players, traveling
to a completely different country in order to take the trophy back home.

Reflections
Regarding the tournament itself, it was very intense, far more than invitationals.
Every single match felt like a final, regardless of whether it was simply a group
stage match or the final itself, we were playing our hardest. We believe that is
what helped us win, the intensity we had was unmatched by any other team
and the confidence we had allowed us to thrive. We never let nervousness or
stress affect our game, we always kept our head high and looked forward to
the next game, this morale kept the whole team together and allowed us to
develop exemplary team chemistry.

Essentially, this led us to the final, unbeaten, against the hosts and runner-up
from last year, ISD. It was a tough and intense match, however we pulled through
and we were able to win 2-1. The feeling of hearing the final whistle was like no
other; seeing all the LCS players rushing onto the field and celebrating the win
will for us remain as an amazing memory. 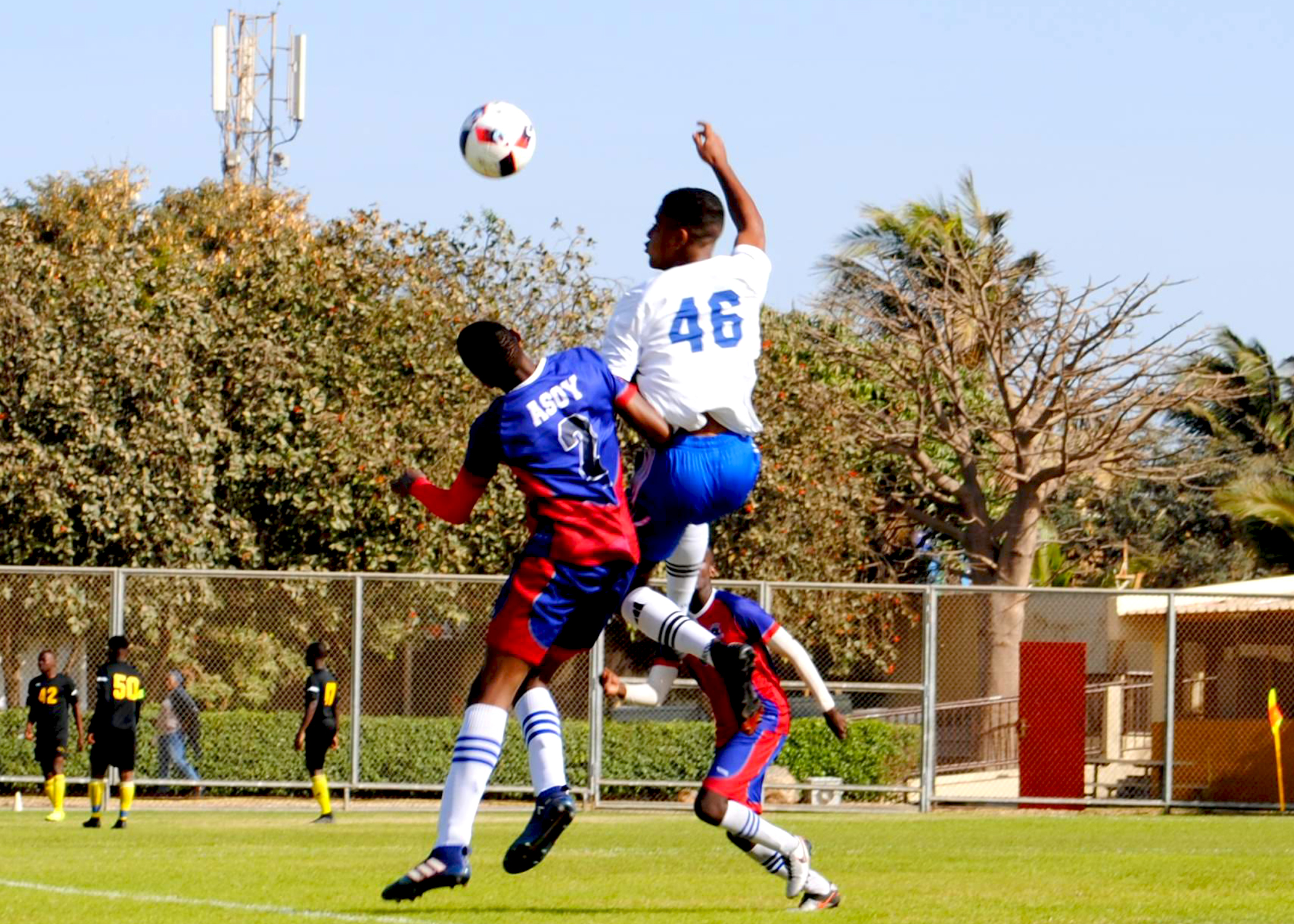 Takeaways after the event
Playing an away game of football is truly a whole new experience. The unfamiliar
field, the new crowd, and the constant pressure of opposing chants screeching
throughout the game. As a defender, once our team was leading by one goal, the
final 5 minutes felt like an eternity. I remember so clearly the whistle blow. The
LCS bench rushing onto the football pitch. Our friends from other schools jumping
onto us in the huddle congratulating our victory. It was like a dream. This feeling
of achievement and relief was one I've never experienced before. Our 2019 WAISAL
football team had set a new LCS record. Defending champions, winning WAISAL,
and the best part, finally not going to penalties in the finals.

The whole WAISAL experience was one that words cannot describe. A new country
to some in the team, Dakar, Senegal challenged all of us to play against conditions
which we've never faced before. The strong winds, the cold weather, and the dryness
were factors which we underestimated. The culture in Dakar was inspiring. At any
time in the day, there was a minimum of 5 people jogging on the streets. For those
on the team who didn't speak French, it was an adventure trying to communicate
with locals.